I was honored to join the likes of James Robertson, Neal Ascherson and David Greig for a tour of Scotland on “The Bus Party.” Here is how they described the project:

“The Bus Party is a group of artists who toured Scotland in the Referendum, asking, ‘What kind of Scotland do you want?’ We’re still asking – and listening!

In the last week of May 2014 the Bus Party – a touring group of artists – travelled around Scotland from Stromness to Stirling in its Listening Lugs Tour. Through our music and song, poetry, plays and readings, we opened up conversations with sixteen local communities in eight days, listening to their hopes for the kind of Scotland they want, however they would vote on September 18. People recorded these hopes and concerns on our Scroll of Thoughts.”

You can find out more about this wonderful project organized by William Storrar here: 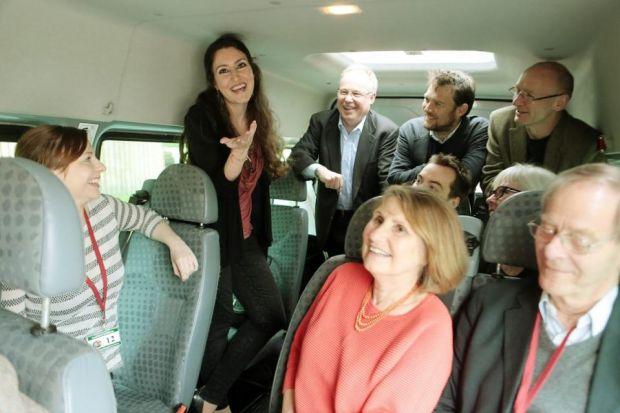